Summaries and links for all the posts which appeared on Traveling For Miles this week including all the big Black Friday/Cyber Monday news.

Singapore Airlines, Cathay Pacific and Qatar Airways are just three of the airlines offering discounts right now (Singapore Airlines has some very interesting deals), American Airlines is selling miles at one of its cheapest ever rates, there are some truly AMAZING Business Class fares on offer for travel from Europe to the US, there are fantastic deals to be had if you stack two LifeMiles promotions, Priority Pass is offering up to 40% discounts and there’s lots more too (including news of a new overwater villa resort from Hilton) Qatar Airways offers two daily flights between Doha and Frankfurt and this route was one of the first on which the airline offered its fantastic Qsuite Business Class cabin on all flights. Sadly, starting with the summer 2019 season, this will no longer be the case.

During the first week of November LifeMiles (Avianca’s loyalty program) was rolled out as the latest American Express transfer partner and I’ve just realised that I never wrote a blog post about it.

It wasn’t a conscious decision not to write about the Amex/LifeMiles news at the time so the omission is almost certainly a result of the fact that the announcement wasn’t actually something I cared about….and there’s a very good reason why I didn’t (and still don’t) care.

The Airline Shopping Portals Are Loading Up Black Friday Deals As we approach Thanksgiving most “normal” people are looking forward to some time off work (if they’re lucky), spending some time with their family and eating far too much and then regretting it almost instantly. For a lot of miles and points fans things are a little different.

Earlier today I wrote about how Qatar Airways is replacing one of its two Qsuite equipped aircraft on the Doha – Frankfurt route in favor of an Airbus A380. In the press release for that announcement the airline attempted to put a positive spin on the news despite the fact that, for Business Class travelers, the news was probably not what they wanted to hear. Biometric gates are starting to gain traction and we’re seeing more airlines trialling them and putting them into service all the time. Delta and BA were testing facial recognition gates back in 2017, BA expanded its US trials in March this year and Lufthansa joined in on the act at LAX a few weeks later. Now JetBlue has brought its biometric gate to New York.

Just yesterday I wrote a post in which I said that Avianca LifeMiles sales are frequent and frequently good (when explaining why I don’t care that Avianca is now an Amex partner) and, as if to help with my point Avianca has just launched its latest LifeMiles sale….and it’s a good one!

A lot of readers will have Priority Pass membership through one of the ever-increasing number of premium credit cards (I think I have three memberships right now but it may be more…I’ve lost track!) but, if you don’t like paying over $400/year for a credit card, this sale may be worth some thought –  these are generally the best discounts we see all year.

Have You Checked Out Your New Chase Offers Yet?

To date American Express has been the only one of the major card issuers to have any meaningful money-saving offers available to cardholders (Citi dabbles with offers every now and again but I’ve yet to see anything worth mentioning) but now it looks like Chase is trying to get in on the action too. 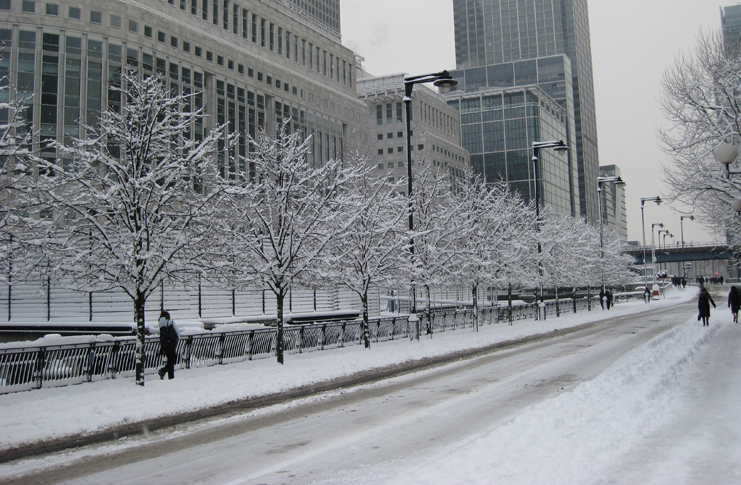 I value Chase Ultimate Rewards points, Citi ThankYou points and Amex Membership Rewards points all at 1.5 cents each so it may seem strange that, at times, I choose to earn the equivalent of a 4.5% rebate through Chase or Citi rather than an effective 7.5% rebate through American Express…but there’s a very good reason for this.

The British Airways Black Friday launched  at midnight (UK) time but the airline got ahead of that sale by, today, promoting a series of transatlantic Economy Class fares in conjunction with its partner American Airlines.

There’s a very specific Business Class flight that I’ve been wanting to try out for at least a decade but the trip has simply never happened. Either the fares have been way too high or the good deals have been on offer at times when I already had other plans….but now I’ve finally booked it!

IHG is the latest hotelier to reveal its plans for Cyber Week although bookings at sale prices don’t open up till after Thanksgiving. There are multiple deals on offer this year including discounts on room rates, extra points for signing up to the Ambassador Program, more points when booking bonus point packages and a discount on points & cash bookings too. I’m not about to start enthusing about the wonders of LifeMiles so soon after I wrote a post about how I probably wouldn’t ever transfer Amex Membership Points to LifeMiles and after yesterday’s LifeMiles sale post contained the phrase “I consider LifeMiles to be one of the riskier loyalty currencies because Avianca prints miles like there’s no tomorrow”….but I have to admit that there are some AMAZING deals to be had when you stack two current promotions together.

[PREDICTION] American Airlines Will Soon Sell Miles From 1.77 Cents Each

One of the unexpected bonuses of American Airlines not having any real creativity is that the airline can be very predictable.

In “the good old days” airline miles were a way for airlines to reward their frequent flyers for their loyalty and they were reasonably easy to use for free flights around the world. Nowadays things are different. Airline miles are becoming trickier to use as airlines reduce the number of awards they make available and, more importantly, they’re a lot harder to earn just from flying around. Cathay Pacific is currently promoting a Black Friday/Cyber Monday sale that, just like so many other sales this year, is available to book before Black Friday or Cyber Monday are even here….but that’s good news for travelers.

Hilton Is Adding A New Property With Over-Water Villas

I’ve yet to meet someone who doesn’t like the idea of an overwater villa so the news that Hilton will be opening a new resort offering exactly that should bring a smile to a few people’s faces. It looks like BA hasn’t loaded up any particularly special offers for those of us in the US but the UK Black Friday sale has quite a few deals that catch the eye….and not just if you’re looking to travel over the holidays.

For the third year running (and as I predicted just a few days ago) American Airlines has launched a mileage sale in which AAdvantage Miles can be purchased for as little as 1.77 cents each…and that’s just about as cheap as we ever seen them being sold. Some of the Star Alliance airlines are offering some fantastic Business Class deals for travel between Europe and the US right now. As if that wasn’t good enough the really great news is that you don’t have to hurry to book (makes a change this time of year!) and the deals are available for travel deep into 2019.

The deals come flying quickly at this time of year and it can be easy to get caught up in the mayhem and to forget to think things through before jumping in. This can be a time of year when some will spend more than they should (please don’t be one of them) while others may be more measured in their approach but still forget some of the simpler ways to save some money and to build up miles/points balances. Air New Zealand is just one of many airlines offering a variety of deals across this Black Friday/Cyber Monday weekend and, PR stunts aside, I think the Premium Economy deal currently on offer is the pick of the airline’s offers. One of the oddities in the miles and points world has long been the fact that Citi’s ThankYou points don’t transfer over to the American Airlines AAdvantage program. Citi had a monopoly on the issuance of American Airlines co-branded credit cards for years and even today it issues four of the airline’s six credit cards which are currently open for applications but AAdvantage still hasn’t appeared as a ThankYou transfer partner.

Earn Up To 4x Qmiles When Booking With Qatar Airways (UK)

Qatar Airways may not have posted any of its amazing Business Class deals recently but at least the airline it making some sort of effort in honor of Black Friday/Cyber Monday – UK flyers can earn triple or quadruple Qmiles for booking made over the next few days and there are a fee Economy Class deals on offer too. Yesterday I wrote a post reminding readers to stack as many deals as possible to maximize savings and the miles & points earned during this utterly crazy shopping season. Well, it looks like you can stack at least three deals to get some fantastic savings on Tumi luggage right now.

Qatar Airways is in the midst of a Black Friday/Cyber Monday sale in which it’s offering US flyers decent discounts on select routes and it’s also throwing in a nice chunk of bonus Qmiles for Privilege Club members.