Yesterday, United Airlines used social media to run a teaser trying to get customers (and potential customers) to guess what new routes the airline was set to announce today. If you didn’t see that teaser or if you failed to guess the new routes, this latest announcement will tell you all you need to know – United Airlines will be flying five new international routes to Africa and India, as well as offering two new routes to Hawaii.

From Spring 2021, United Airlines will offer non-stop services to three new destinations in Africa. Flights from Washington D.C. will serve Accra (Ghana) and Lagos (Nigeria) and the airline will add a new service between New York/Newark and Johannesburg to compliment is existing service to Cape Town.

The new route to South Africa will see United operating more flights to South Africa than any of the other US carriers (not a high bar to clear) and it will be the only US airline offering roundtrip, non-stop service from the United States to Johannesburg.

Note: Delta also offers service between the US and Johannesburg but the flight routes through Cape Town on the return journey.

If I’m not mistaken, this is United’s first route to Bangalore, and considering American Airlines has already declared its intention to launch a service between Seattle and Bangalore, this new route is clearly meant as a shot across American’s bows and an indication that American shouldn’t expect to have a monopoly on services between the US and India’s technology hub.

United has just announced that it plans to “make it easier than ever to travel nonstop to Maui and Kona for the 2021 summer season” by adding new services to these two popular destinations from Newark and Chicago.

United hasn’t given any accurate start dates for these new flights and its interesting to note that while a number the other routes are said to be starting in spring (which, confusingly, is when an airline’s summer season is normally said to start), these Hawaiian routes are said to be starting in “summer 2021” which would seem to suggest that we shouldn’t expect them to be operating much before June next year. United Airlines has just announced that it will be launching 5 new international routes and 2 new domestic routes between December 2020 and Summer 2021. The 5 new international routes are focused on offering new services between the US and Africa and India while the new domestic routes will see the airline offering more connectivity to Hawaii from the East Coast and the Mid-West.

What do you think of United’s new routes? 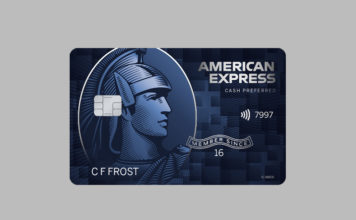