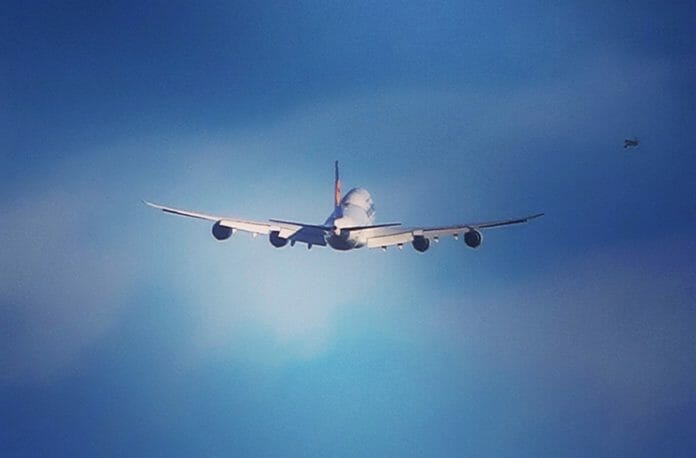 Summaries and links for all the posts which appeared on Traveling For Miles this week including news of good Business Class fares between Europe and the US, a good Economy Class fare between LA and Europe, details of a number of new Qatar Airways Qsuite routes,  a Hilton Honors points sale, news of Singapore Airlines new non-stop service to LA and a lot more. Although no official announcement has been made the latest schedules show that Qatar Airways plans to offer its premier QSuite Business Class product on one of its two daily flights between Doha and Hong Kong from later this year.

I don’t normally have to take Uber rides when I fly into London Heathrow as there’s a local car service on which I rely. Last week, however, my usual service was unavailable so I decided to see what Uber was like when I flew in to the UK….I wish I hadn’t. Hilton is back with another points sale which everyone is eligible for (Hilton often sends out targeted promotions that not everyone gets). This time around, rather than offering bonus points on all purchases, Hilton is offering a 30% discount on the regular price of points….but is the discounted price even worth considering?

Radisson has launched a new promotion in which Radisson rewards members can earn double points on all stays of 2 nights of more taken over the next 7 weeks. The offer is not targeted and appears to be open to all regions so the restrictions on this promotion are limited. British Airways has launched a new app for its Executive Club members (free to join here) and, having seen the press release detailing all the joys and functionality of the new app, I’m left wondering why the airline has bothered developing this in the first place.

Take A 3D Tour Of An Emirates Airbus A380

You can now explore the 3 cabins inside of an Emirates Airbus A380 on Emirates.com courtesy of “web virtual reality (VR) technology”. As things stand the aircraft on view is home to the older style First Class cabin but Emirates says that the technology will soon include all configurations of the A380 and its Boeing 777 aircraft. American Airlines has been paying a bit more attention to its lounges in recent years and its the Flagship lounges which have probably seen the biggest changes. Not all that long ago the American Airlines Flagship Lounge at LAX was open only to First Class passengers (international and transcon only) and top-tier oneworld elites but not any more.

This fast track to Hyatt status offer is an offer that Hyatt has brought out before and that has been running for a while but it’s worth mentioning again in case anyone missed it and. more importantly, because it may have just got easier to meet the conditions. I was browsing my American Express accounts over the weekend (paying bills and checking the latest Amex offers that have been loaded to my accounts) and I noticed that Amex has targeted me for some cheap and easy-to-attain sign-up bonuses.

If you’re looking to fly to the US in comfort early next year or if you’re just looking to edge yourself closer to the oneworld status you’re aiming for there are a couple of good Iberia Business Class fares out of Madrid that may interest you. We’ve known for a while that Singapore Airlines plans on using its new A350-900 ultra long-range aircraft to fly non-stop between Singapore and Los Angeles but, up until now, there hasn’t been any news from the airline. That changed today with the latest announcement out of Singapore.

It was only on Monday that Radisson launched a double points promotion on stays of two or more nights and already the hotelier is back with another attempt at persuading guests to stay for more than just a single night.

Qatar Airways Is Offering Qsuites On Yet More Routes To Asia

With Qatar Airways apparently no longer announcing when a route will get a Qsuite equipped aircraft and with new & refurbished aircraft joining the airline’s fleet every month, more routes that are offering Qsuites are slipping under the radar….and I’ve only just noticed two such routes. If you’re one of the lucky people who have received their Avios from the recent Iberia Promotion (a.k.a the Iberia fiasco, a.k.a the “what were they thinking?” promotion) you may be looking for ways to spend your newly acquired bounty. The Avios from the Iberia promotion can’t be transferred over to the British Airways Executive Club but that still leaves you with a lot of options….including Iberia itself.

Air France first announced the reopening of its Business Class lounge in Hall “L” in Terminal 2 of Paris Charles De Gaulle airport back in January (I wrote about it at the time) but the lounge renovations weren’t actually finished at that time – a third of the lounge was still closed off and has remained closed off up until now.

Did You Know That You Can Earn Marriott Points For Tours & Experiences? Marriott Moments is the section of Marriott Rewards best known for allowing members to redeem their points for various experiences around the world but I recently discovered that it also allows you to earn Marriott points as well.

With all the upcoming changes to Marriott Rewards I can’t remember a time when I have needed to be able to track my path to lifetime status more…but Marriott apparently disagrees. Right now there’s a very good Economy Class fare available between Los Angeles and Europe which isn’t on a low-cost carrier and isn’t a Basic Economy fare either so you’ll have a carry-on and checked luggage allowance included in the cost.

On Monday I wrote about my experience with Uber at London’s Heathrow Airport where, after requesting a ride via the Uber app, I had drivers calling me up to ask where I was going then cancelling my ride within minutes of me refusing to answer the question.