Home Ride Sharing UBER In Los Angeles: The Good, The Bad And The Ugly From...

Joanna and I were back in LA recently and decided to experiment with not having a rental car and, instead, use Uber whenever we needed to get anywhere that required a car.

The experiment was one that came to us when we realised that the cost of renting a car for the 6 nights we were in town coupled with the cost to park was verging on the ridiculous.

Renting an intermediate sized car (the minimum size that would work for us) for 6 nights priced at around $300 and, because there’s absolutely no cheap overnight parking near where we were staying, we also had to factor in the hideous $39/night valet parking fee at the Andaz West Hollywood.

Before gas and valet tips renting a car would have set us back over $530 and that’s not a number we’re happy paying. So that brought Uber into the frame.

Uber is actually pretty cheap in Los Angeles so I was confident that we’d be able to make all the trips we wanted to for less than the cost of the rental car and parking combined….but that did leave us at the mercy of Uber drivers.

Things didn’t get off to a very good start. We requested an Uber XL (we had MJ and suitcases with us) as soon as we exited the airport terminal and the Uber app offered up a driver 17 minutes away at a very reasonable price of around $54 (even by LA standards that seemed good for an XL run between LAX and WeHo). A few minutes passed and the arrival time had dropped to 14 minutes but the Uber XL didn’t appear to have actually moved anywhere. Then, suddenly, the ride was canceled and I was left to request another car at around the same price ($54).

The next car that the app offered up was 13 minutes away and, apparently, on it way: Around 5 minutes later, after the expected arrival time hadn’t changed and the Uber XL had again apparently not moved, the ride was cancelled again!

We had just got off a 10+ hour flight from London, we had been awake for close to 20 hours and we had a child in tow so I can’t say that Joanna and I were enjoying any of this nonsense.

I requested a third Uber XL (still at the same cost of $54) and hoped for the best.

The app once again offered up a ride 13 minutes away and, as this one was in exactly the same location as the last one, it was obvious that the cars were all waiting in a holding area somewhere outside LAX. After another 5 minutes had passed the XL still hadn’t moved and the arrival time hadn’t changed….but then the phone rang. It was our driver.

“Vahe” was calling to tell me that he was “30-35 minutes away” and that I was “welcome to cancel” if I wasn’t happy with that.

I asked the obvious question – why was he going to take that long to arrive if the app was showing a 13 minute arrival time and the map was showing that he hadn’t moved from his parking area?

At this point he raised his voice (I had remained calm and polite while I was talking) and told me that I could either believe him or “my app”.

I pointed out that it wasn’t “my app” it was the Uber app and I still wanted answers to my questions.

He yelled that he was cancelling the ride and he hung up.

Then the really interesting bit happened.

When I went to call an Uber for the 4th time the prices had changed….and look how much by: I’m not sure if this is possible but the cynic in me tends to believe that the XL drivers knew that prices were running low and, as passengers no longer get a message warning them that surge pricing is in play, didn’t want to pick anyone up until the prices went back up.

We ended up risking an UberX which, fortunately, turned out to be spacious enough for the three of us and our luggage…but it didn’t leave us with much love for Uber that night.

Most of our other Uber drivers during our stay were great and our experiment worked pretty well.

We may have been a bit more selective than normal when it came to deciding when we wanted to do a trip that required a car but, because WeHo is incredibly walkable if you’re at the Andaz and because we can honestly say we didn’t allow the fact that we needed an Uber to stop us from going where we wanted to go, we consider the experiment a success. As I’ve already said, we estimated that the cost of renting a car and parking it for 6 nights would have cost us over $530 for our trip…and there would have been valet tips, gas and incidental parking fees to pay on top of that too.

All our Uber trips combined (including trips to/from LAX) cost us $266.

We visited Santa Monica, Beverly Hills, Runyon Canyon and a number of other places from our base at the Andaz West Hollywood (so it wasn’t just super-short rides that we were taking) and we estimate that we saved at least $300 over 6 nights – that’s not bad at all.

There was one last Uber moment that needs mentioning here and it occurred on our return trip to LAX on our last day.

Once again we requested an UberXL and this time the first driver didn’t cancel…although in hindsight I wish he had.

He turned up at the Andaz to pick us up and when he opened the trunk of his car it was already full of his bags. Now, the whole point of ordering an UberXL is either because you need space for more people than normal or more baggage than normal…..either way the Uber driver shouldn’t be driving his stuff around!

After quite a few minutes of baggage-tetris we finally got all our bags into the car alongside the driver’s stuff and we were on our way….on a ride that I can only describe as rollercoaster-like. This driver had two elements to his driving: foot-to-the floor accelerating or foot-to-the-floor braking. There was nothing much in between.

Because the vehicle was a  US-built 4×4 the acceleration was pretty pathetic so we never reached any speeds that were likely to see us break free of the earth’s gravitational pull…but the ride was horrendous.

The suitcases crashed in to the back of the rear passenger seat headrests every time our driver slammed on the brakes and, while that was incredibly annoying, the most annoying thing was that there was never any need for the driver to be braking that hard in the first place!

I had told him at the very start of our journey that we were in no hurry to get to LAX so he was under no time pressure and yet he insisted on doing a very bad Michael Andretti impersonation on the 405.

He would actually accelerate towards a car that was clearly in the process of braking (the brake lights were on and that’s always a pretty good giveaway) before slamming on the brakes shortly before we piled in to the back of the car ahead. He would then repeat this process over an over again.

Added to all of this was the fact that he had no lane discipline whatsoever….to the point that he actually weaved his way out of the inside lane all the way to the outside HOV lane (that’s 5 lane of traffic) less than a mile before we needed to exit the highway….so then he had to weave his way all the way back into the inside lane again!

He was atrocious and should not have a driving license (and a message I later sent to Uber said so).

Our Uber experience on this trip was mixed. The value for money we got out of our UberX trips within LA/WeHo/Santa Monica was excellent and saved us a lot of cash….but the nonsense with getting a car at LAX and the atrocious driving on our trip back to LAX were both significant negatives.

Would I use Uber in LA again? Yes, of course….but I’d think twice about calling an UberXL at LAX. 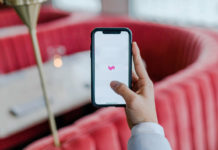 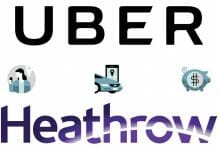