Delta has announced that next year’s summer season will see it relaunching a number of routes that were suspended while we dealt with the pandemic, relaunching a number of routes that the airline hasn’t operated for years, and launching at least one completely new route (albeit not a very interesting one!). Most importantly from my point of view, Los Angeles will finally be getting a little love.

Delta may well pride itself on being “LAX’s largest global airline” but when it comes to flying to Europe non-stop, Delta doesn’t really have anything to offer. Starting next summer season, however, that will change. On 25 March 2023, Delta will launch a daily service between Los Angeles and London Heathrow as it resurrects a route that it hasn’t operated since 2015. For the past seven years, Delta has been happy to let Virgin Atlantic (its sister airline) run flights in and out of Los Angeles, but as of next year, the big brother will be back.

As things stand, this is the schedule that has been published:

From 8 May 2022, Delta will be bringing back its service between Los Angeles and Paris CDG which it hasn’t operated since the Covid pandemic started.

As things stand, this is the published schedule for the route which (I’m my memory serves me correctly) Delta hasn’t operated since summer 2019.

Both of these routes will be operated by Delta’s A330-900neo aircraft which feature 29 Delta One Suites, 28 Premium Select seats (Premium Economy), 56 Delta Comfort+ seats, and 168 standard Economy seats.

Note: Delta expects its new LAX T3 facility to be fully open by 5 October 2022 but the terminal’s new Sky Club won’t be completed until next year.

New York gets two new routes and a route resumption Delta has confirmed that Summer 2023 will see it operating a service between New York and Geneva for the first time since 1993 and as that’s a gap of 30 years, I’m calling this a new route 🙂

The new JFK – Geneva service will launch on 10 April 2023 and is set to operate daily on the following schedule:

This route will be operated by a Delta 767-400 aircraft which, according to ExpertFlyer, will offer 34 Business Class seats, 20 Premium Economy seats, 28 Delta Comfort+ seats, and 156 standard Economy Class seats.

Assuming nothing changes between now and the launch date, this is what the London Gatwick schedule will look like:

This route will be operated by a Delta 767-300 aircraft which will offer 26 Business Class seats, 29 Delta Comfort+ seats, and 171 standard Economy Class seats (Premium Economy will not be an option on this route).

While is probably safe to assume that this route will operate through most (if not all) of the summer season, it’s unlikely to be a route that operates year-round so expect it to disappear from the schedules towards the end of October 2023 (at the latest).

Delta will be bringing back its seasonal New York JFK – Berlin service from 25 May 2023 with the airline operating a daily service between the two cities on the following schedule:

This route will be operated by a Delta 767-300 aircraft which, just like the Gatwick route, will offer 26 Business Class seats, 29 Delta Comfort+ seats, and 171 standard Economy Class seats (Premium Economy will not be an option).

Berlin is a seasonal destination for Delta so while this route may operate for the whole of the summer season, don’t expect it to be in the schedules past the end of October 2023. 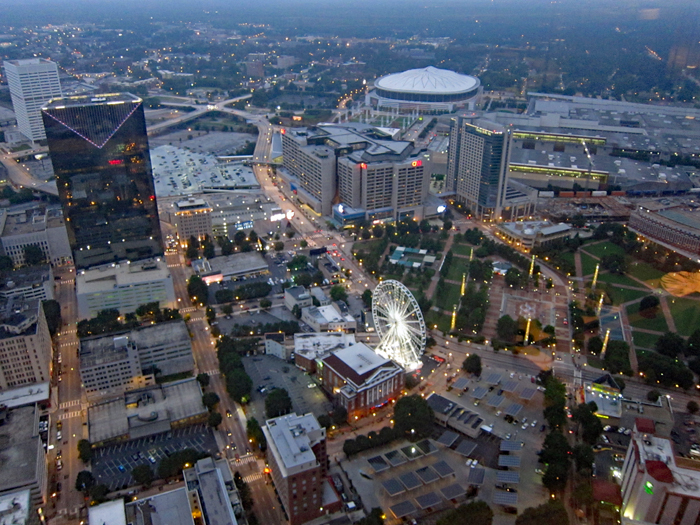 From 26 March 2023, Delta will restart its service between Atlanta and Stuttgart for the first time since the pandemic. Delta’s press release states that this route will be operated 3x/week but at the time of writing, a 4x/week service appears to be scheduled:

This route will be operated by a Delta 767-300 aircraft which, according to Delta’s website, will offer 26 Business Class seats, 18 Premium Economy seats, 21 Delta Comfort+ seats, and 151 standard Economy Class seats.

At the time of writing, it’s unclear if Delta plans to operate this as a seasonal or year-round service.

From 9 May 2023, Delta will restart another service to Germany when it begins to operate the Atlanta and Dusseldorf route for the first time since the pandemic caused it to be suspended. Assuming nothing changes, this is the schedule that flyers can expect:

This route will be operated by a Delta 767-300 aircraft which, according to Delta’s website, will offer 26 Business Class seats, 18 Premium Economy seats, 21 Delta Comfort+ seats, and 151 standard Economy Class seats.

At the time of writing, it’s unclear if Delta plans to operate this as a seasonal or year-round service.

On 25 May 2023, Delta will bring back a seasonal service between Atlanta and Edinburgh. This is a route that the airline has not operated since 2007 but in 2023, it will be offered 5x/week during the summer season.

Just as with the Stuttgart and Dusseldorf routes, the seasonal Edinburgh route will be operated by a Delta 767-300 aircraft which will offer 26 Business Class seats, 18 Premium Economy seats, 21 Delta Comfort+ seats, and 151 standard Economy Class seats.

This is a confirmed seasonal route and so will not be operating past the end of October 2023 (it may even end earlier).

Delta has announced some significant (and positive) changes to its summer 2023 schedule. More flights will be offered to Europe out of Los Angeles, New York, and Atlanta with pre-pandemic flights being brought back on line, and a few new routes being added too.

All the flights discussed above are now bookable on Delta’s website.