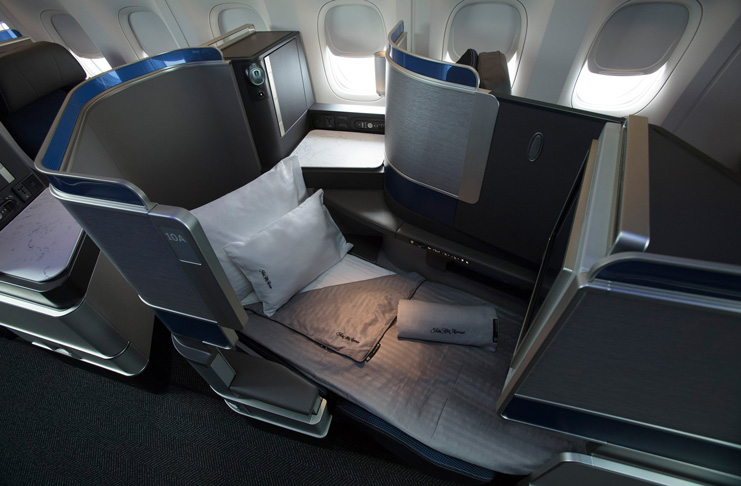 After a series of delays and postponements, United Airlines has finally returned to New York JFK and is now operating a transcontinental schedule to both Los Angeles and San Francisco.

United Is Back At JFK

There was a time where I thought that we’d see the United’s return to JFK postponed yet again but those fears were allayed when the airline’s first JFK flights (for over five years) took off for LA and San Francisco on Sunday (28 March).

United’s original plan was to offer non-stop services from JFK to Los Angeles and San Francisco twice daily out of JFK Terminal 7 but those ambitions have been pared back significantly since they were announced. For the time being, the airline is offering one roundtrip flight between JFK and LAX/SFO five times per week with plans to double the number of flights “as demand grows”.

As things stand, these are the flights that United is operating out of JFK:

Both routes are being operated by United 767-300 aircraft.

The 767-300 aircraft that United is operating on the new JFK routes are, as the airline describes them, “reconfigured” and offer customers “an extended premium cabin featuring 16 additional United Business class seats”.

In total these aircraft offer 46 Business Class, 22 Premium Plus seats, 47 Economy Plus seats, and 52 regular Economy Class seats so they’re suitably “premium heavy” for routes on which there will be high demand for the more comfortable seats.

Most importantly (for premium cabin flyers), this aircraft offers United’s true Polaris Business Class seats which offer lie-flat beds and all-aisle-access for all passengers. This is the same aircraft that you’ll find United operating between Newark and London Heathrow.

After a 5-year break, United Airlines has brought back transcontinental service to New York JFK albeit with fewer frequencies than were first announced. The airline is currently operating 5 weekly flights from JFK to both Los Angeles and San Francisco (in addition to the services that it already offers out of Newark) and it’s doing so with an aircraft offering its best Business Class cabin.