It was only last November when we saw Qatar Airways first introduce its version of an unbundled Business Class fare which no longer offered free seat selection or lounge access as part of its benefits package. Now, less than a year later, Qatar Airways is overhauling its Business Class fare structure once again and the latest changes could spell the end of the line for those of us accustomed to earning valuable elite status by booking the best deals that Qatar Airways offers.

Qatar Airways has announced that from 1 October 2021, its Business Class fares will be divided into four new “fare families” where each family will give customers a slightly different set of benefits. The fares will be called Elite, Comfort, Classic, and Lite and will see the airline’s cheapest deals booking into fare code “P”.

What’s key to note here is that not only will the new P Class fares not offer certain benefits that are usually expected with Business Class fares (e.g. lounge access and free seat selection at the time of booking) but they will also earn fewer miles and elite status credits too.

The key differences between the new Qatar Airways Business Class Lite (P Class) fares and what the airline is now calling its “Classic” fare (R Class) are as follows:

*Qatar Airways has confirmed that oneworld elites will continue to have lounge access when they book a P fare but it’s likely that access will only be available to the airline’s basic Busines Class lounges and not to, for example, the Al Mourjan Lounge in Doha.

Importantly, the new Business Lite fares will not only earn fewer miles and elite status credits in the Qatar Airways Privilege Club, but they’ll also earn less in key programs like American Airlines AAdvantage and the British Airways Executive Club.

With the introduction of P fares from 1 October, the cheapest Qatar Airlines fares will now earn 40% fewer Redeemable Miles and 25% fewer Elite Qualifying Dollars. The number of Elite Qualifying Miles will not be changing.

You’ll find a similar story if you head over to the British Airways Executive Club. Right now, the cheapest Qatar Airways Business Class fares (R Class) earn Avios at the rate of 125% of the distance flown. From 1 October 2021, the new cheapest Business Class fares will earn Avios at the rate of 75% of the distance flown. Some people may make the mistake of thinking that the introduction of a Business Lite fare (which offers fewer benefits than most regular Business Class fares) will see Qatar Airways reducing prices to reflect the more basic nature of the benefits on offer, but that’s not going to happen.

The introduction of Business Class Lite fares has nothing to do with reducing prices and everything to do with offering less for what customers have already been paying. It’s about cutting costs, not prices.

In every sense of the word, this will be a big downgrade for anyone used to booking the cheapest Qatar Airways Business Class fares.

We got off lightly in November 2020 when Qatar Airways first tinkered with its Business Class fares because although the cheapest Business Class fares had their trip benefits cut, the number of miles and elite status credits that those fares offered stayed the same. Not this time. 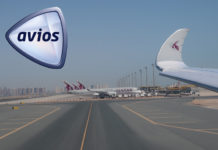 Fantastic: You can now link your British Airways & Qatar Airways...