Last week we finally got to find out a lot more about the new top-tier elite status that Alaska Mileage Plan first mentioned back in January and one of the bigger surprises that we were given was the news that to earn top tier MVP Gold 100K status, flyers will have to book 24 segments that are marketed and operated by Alaska Airlines. In this post, I speculate on what the key driver of this requirement may be and why American Airlines doesn’t have a similar requirement.

Asking flyers to book 24 segments marketed and operated by Alaska Airlines is a big ask from an airline whose domestic network is almost entirely based around the West Coast and whose international network is non-existent, so why has Alaska Airlines made these 24 segments a requirement of its new top-tier MVP Gold 100K status? Moreover, why doesn’t American Airlines feel the need to do the same?

Well, I suspect that the 24 segment requirement has a lot to do with ensuring that flyers have to contribute to Alaska’s bottom line if they’re to be given access to all the benefits that come with top-tier Mileage Plan status.

Historically, Alaska Airlines hasn’t really had to worry about how Mileage Plan members earn their status because there were only a limited number of airlines whose flights could be credited to Mileage Plan. Earlier this year, that all changed.

Alaska Airlines has been a member of the oneworld alliance since late March and that means that travelers can now credit flights from any oneworld airline to Alaska’s Mileage Plan loyalty program. Oneworld flights credited to Mileage Plan will not only earn travelers Alaska Miles but will also earn them elite status credits which can be built up to earn valuable elite status.

Alaska’s requirement that travelers book and fly at least 24 segments with it before they can be considered for top-tier status is almost certainly a way for the airline to protect itself from travelers flying with other oneworld airlines and earning Mileage Plan status without contributing significantly to Alaska’s bottom line.

All things being equal, you’d also probably expect an airline like American Airlines to have a similar policy in place for similar reasons but no such policy exists in the AAdvantage program. This is because all things are most definitely not equal.

Where Alaska Airlines is just another member of the oneworld alliance, American Airlines is also part of a transatlantic joint operating agreement with British Airways, Iberia, and Finnair (all fellow oneworld carriers) which sees transatlantic revenues earned by these airlines pooled before being divided up in a very opaque manner.

While Alaska Airlines has to consider the possibility that flyers could fly with any oneworld airline and earn Mileage Plan status without contributing much to its bottom line, American Airlines has its loyalty program’s revenue component (Elite Qualifying Dollars) as well as the transatlantic joint operating agreement to protect it from flyers earning status on the cheap.

That’s why Alaska Airlines probably feels the need to insist on flyers booking and flying 24 segments with it before they can enjoy top-tier Mileage Plan status and why American Airlines has no such policy. 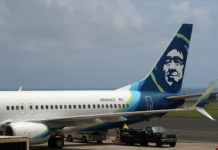