As airline miles and hotel points devalue on an all too frequent basis it’s becoming more important for travelers to keep their rewards point balances as flexible as they can to help minimise the damage the next time a hotel chain or airline decides to “enhance” their program.

One of the better ways to maintain as much flexibility as possible is to collect points that can be converted/transferred into a whole variety of loyalty programs – that way, if one of the loyalty programs devalues, you should still have a number of other options with which to work.

The four primary convertible/flexible points currencies are the offerings from Chase, Citi, American Express and Starwood:

This week and next week I’m taking a look at each of those currencies individually and listing out the airline and, where relevant, hotel rewards programs those currencies can be transferred into.

In this first (of four) posts I’m going to take a look at Chase Ultimate Rewards. Korean Air has very popular First and Business Class products and finding award availability on Korean isn’t nearly as challenging as it can be on its transpacific competitors. Singapore Airlines has one of the most sought after First Class products on its A380 aircraft and its Business Class offering is pretty good too. With the airline offering up more award space to KrisFlyer members than it does to partner airlines, being able to transfer points into the KrisFlyer program is a big positive for Ultimate Rewards.

United Airlines may not have many cabins that one would call aspirational (The latest Polaris seats on the 777-300ER are nice but there’s hardly any of them in service) but it offers far better award availability than American Airlines and requires considerably fewer miles for premium cabin awards than Delta – that makes it a valuable transfer option to have.

For travelers who routinely fly on expensive short-haul routes (like New York – Boston or Los Angeles – Hawaii for example) the ability to transfer Ultimate Rewards points into the British Airways Executive Club is a big plus – Avios may be a terrible currency for long-haul flights but on short-haul they can be a big money saver.

The addition of Iberia Plus in November 2017 is an interesting option as there are some very nice sweet spots which Iberia offer that British Airways (its sister airline) doesn’t. On top of this, and unlike British Airways, at the time of writing Iberia doesn’t levy huge fuel surcharges on awards.

jetBlue’s True Blue program was added in August 2018 and means that all three major transferable points currencies can now be transferred to jetBlue….but that’s not necessarily all that useful.

The cost of awards on jetBlue are directly linked to the cash price of the fare so it’s not really possible to get outsized value with this program – often you’re better off simply using Chase Ultimate Rewards points directly via the Ultimate Rewards portal rather than converting points to True Blue.

Chase has the strongest set of hotel partners out of all the major transferable currencies as three of the biggest hotel rewards programs are covered:

The two major players that are missing from this lineup are Hilton HHonors and Starwood Preferred Guest (SPG) but the absence of SPG from that list won’t matter soon as it’s almost certainly going to be rolled into Marriott Rewards at some point in 2018 (probably late 2018).

The World Of Hyatt program may be a big step down from its predecessor (Hyatt Gold Passport) as far as benefits are concerned…but redemption rates are still good and there are some excellent hotels you can book. I value World Of Hyatt points higher than most of the other hotel loyalty points on offer (I value Starpoints highest) and, thanks to generous category bonuses on the Chase Sapphire Reserve and Chase Ink credit cards, I find it reasonably straightforward to gradually build up enough Ultimate Rewards points for some very nice redemptions. My Chase Sapphire Reserve credit card is my go-to credit card for non-airline travel purchases and for when we dine out as I love to collect Ultimate Rewards points (for airline fares I use my Amex Platinum card).

Later this year Joanna, mini-Joanna and I will be staying in an Andaz suite for 6 nights courtesy of Ultimate Rewards points – we’re saving a fortune and it feels great!

Ultimate Rewards is my favorite of the transferable currencies purely because of the value I feel I get when I transfer my points over to Hyatt. Now I just have to keep my fingers crossed that Hyatt doesn’t increase the cost of award nights! 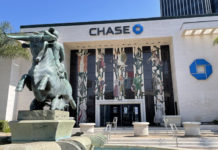 Which is the best consumer Delta SkyMiles American Express Card for you? Success! I finally got the one credit card I’ve been wanting...