American Airlines recently ripped up the rules surrounding elite status qualification for the AAdvantage program and introduced a whole new system through which its flyers can earn elite status. For some, the fact that the new system will probably create more low-level elites means that Lifetime Gold and Lifetime Platinum status has just been devalued (more competition for benefits). For others, however, Lifetime AAdvantage Elite status will have just become more useful.

The name of the American Airlines program that bestows Lifetime Elite status on flyers is called the Million Miler program and as that name suggests, it’s a program in which you earn benefits for every million miles you fly with American Airlines or its partner airlines.

As American Airlines puts it:

After earning 2 million miles, a flyer will be given AAdvantage Platinum status for the life of the program and 4 systemwide upgrades.

How to check your Million Miler balance

To check how many miles you’ve credited to the Million Miler program, log in to your AAdvantage account, and click on the small link for “activity” that you’ll find just underneath your account summary.

That link will lead you to the page with the information you’re looking for and your Million Miler balance should be displayed next to your redeemable miles balance.

There may be other ways to view your Million Miler balance as well, but this seems pretty straightforward.

How Lifetime Elite status may now be a little more valuable

I haven’t really had to rely on my AAdvantage Lifetime Platinum status because I hold British Airways Gold status which gives me all the benefits that I need when flying with American Airlines.

Yes, by crediting my domestic flights to British Airways and not to AAdvantage I pass up on the opportunity to enjoy any complimentary upgrades that may come my way, but as Lifetime Platinum elites rank below the elites from two other status levels and some Alaska Airlines elites, I’m pretty sure that I haven’t missed out on many upgrades.

If I ever want to come back to the AAdvantage program, however, my Lifetime Platinum status will suddenly be a lot more useful.

Allow me to explain.

Up until now, AAdvantage Gold Lifetime status has been mostly useless because you can enjoy most of the advantages of Gold status (and a few other benefits) just by holding the Citi®/AAdvantage® Platinum Select® World Elite℠ Mastercard® which costs just $99 per year.

AAdvantage Platinum Lifetime status can be more useful for those without a higher elite status elsewhere because it’s a oneworld Sapphire status level that gives flyers access to oneworld Business Class lounges (not domestically), and a number of other benefits that are useful to have. It still, however, hasn’t ever been much to get excited about.

Now, with the advent of Loyalty Points and the death of Elite Qualifying Miles and Elite Qualifying Dollars, both Lifetime elite statuses have been given a small and possibly inadvertent boost.

…and it’s the way that Loyalty Points will be earned that has just made Lifetime Elite status a little more valuable.

American Airlines Loyalty Points can be collected from a variety of sources, but for the majority of people, the bulk of their Loyalty Points will come from flying.

All flyers will earn 5 base miles/dollar spent with American Airlines on base fares and carrier-imposed surcharges, but AAdvantage elites (including Lifetime Elites) will also earn bonus miles:

Keeping in mind that 1 redeemable mile earned from flying with American Airlines = 1 Loyalty Point, you should be able to see that the better elite status that you have, the easier it will be to collect miles that will count towards your Loyalty Points balance. The elite bonuses can make a significant difference.

For most people this will mean two things:

Here’s an example to illustrate what I mean:

Someone with Platinum Pro Elite status will require 125,000 Loyalty Points to retain that status and if that’s done by flying on American Airlines alone, it will cost that person ~$13,890 (125,000 ÷ 9 points/dollar).

Someone with no AAdvantage elite status and who wishes to reach the heights of Platinum Pro Elite status by flying with American Airlines alone, will have to earn the same 125,000 Loyalty Points while earning fewer points per dollar spent as they work their way up the ranks. For this person, the journey to Platinum Pro will cost ~$18,670.

This is where the genius of American’s new system can be seen.

Any elites who have a year where they fly a lot less than normal or who decide to try out another program will have an uphill battle to re-earn their old elite status (if that’s what they decide they want) unless they have Lifetime Elite status.

What this means is that even if Lifetime status is not something you’ve ever had to fall back on because you’ve had a higher status level for decades, you now have some insurance if circumstances dictate that one year you don’t requalify for status at all.

The new Loyalty Points system will see to it that any AAdvantage Elites who don’t have the insurance of Lifetime status will now have to think very carefully about ditching  AAdvantage for another program because if the grass doesn’t turn out to be any greener, it’s going to be expensive to come crawling back to AAdvantage.

Yes, I realize that flyers will be able to earn more Loyalty Points from base credit card spending and a variety of other channels, so no one is likely to earn status just by flying alone. But the fact remains that as most people will continue to earn the bulk of their Loyalty Points from flying, having Lifetime Elite status will always ensure that they have to put in a lot less effort and a lot less spending than someone with no status at all.

As I said earlier, if you continue to have no trouble in retaining your AAdvantage elite status under the new rules, Lifetime elite status will continue to be mostly irrelevant to you. If you happen to have a bad year or choose to look elsewhere, Lifetime Elite status could be a savior if you want to get your old AAdvantage status level back.

I can finally see value in having Lifetime Gold status because while a lot of the benefits of Gold status can be enjoyed through holding a $99/year credit card, no credit card will boost a flyer’s Loyalty Points earnings with American Airlines in the same way as having Gold status will. Those boosted earnings now give Lifetime Gold elite status some tangible value.

Lifetime Platinum status has always been reasonably useful for the oneworld benefits that it offers and having it has almost certainly allowed some road warriors to retire and keep access to a few of the travel benefits they enjoyed when they traveled every week. Now, however, Lifetime Platinum is more than just an insurance policy for retirement. It’s an insurance policy that will help a flyer out with requalifying for AAdvantage status if they have a ‘slow year’ or if they decide to try out another program and end up returning to AAdvantage.

None of this is groundbreaking but it’s good to see that in at least one way, the recent changes to the AAdvantage program have made something more valuable. 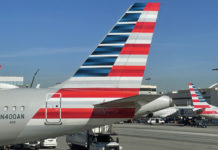