JetBlue has confirmed what a lot of people have suspected for some time and that’s that it finally plans to take on the large transatlantic carriers by starting up service between the US and London.

In the first week of March JetBlue announced a crewmember event for 10 April and the background to the announcement appeared to show the same design as you’ll find on the seats of London’s Underground trains…. …so the announcement yesterday that the airline would be launching service to the UK’s capital wasn’t really news.

What was news was the fact that JetBlue will offer service to London from JFK and Boston and that flights will start in 2021.

The airline says that it hasn’t decided which London airport(s) it will serve when flights launch but, considering the cost and scarcity of slots at Heathrow, I’d be surprised if London Gatwick wasn’t the airline’s final choice.

JetBlue will be operating its new London routes using Airbus A321LR aircraft (the airline is converting 13 A321 orders to A321LR orders) and it says that it will install a “reimagined, transatlantic version of its premium Mint product which will feature more lie-flat seats than currently offered on the airline’s existing A321 aircraft“.

Transatlantic Mint product features and design elements, combined with JetBlue’s specially trained Mint inflight crewmembers, will create an intimate and exclusive travel experience. And like its transcontinental Mint business model, JetBlue will offer the elevated flying experience for a fraction of what other airlines are charging today for premium seats. The airline hasn’t offered any more details of its new Mint cabin but it’s interesting to see how quickly it’s focusing on providing premium cabin seats at a lower cost than its competitors.

It’s not often we see an airline describe competitor fares as “obscene” so JetBlue is nailing its colors to the low-cost mast and it will be interesting to see how that works out.

By starting up service to London from New York and Boston JetBlue is taking on the  behemoth that is AA/BA as well as Delta/Virgin (who have just announced a new service to Gatwick) and, to a lesser extent, United. That’s a lot of competition.

Still, JetBlue has taken on the big boys and done ok in the past (like on its US transcon routes) so hopefully history will repeat itself on the transatlantic routes.

It’s probably worth pointing out that there new routes aren’t necessarily just good news for travelers based in the Northeast – they may be good for West-coasters too.

I’d be surprised if JetBlue’s new flights didn’t depart the East Coast in the late evening and that would mean that flyers based in LA/San Francisco could use the airline’s transcon flights to link them to the new services. Clearly the non-stop services that the likes of AA, BA, Delta, Virgin and United offer from the West Coast will still be preferable for most Business travelers but, for those of us willing to make a stopover in exchange for a cheaper fare, these new JetBlue services could be incredibly useful.

2021 is still a long way off and 2 years is a long time in the aviation world so I’m not going to get too excited about these new routes until I see some schedules published…..but I’m very happy to see JetBlue willing to take on the various transatlantic Joint Ventures. 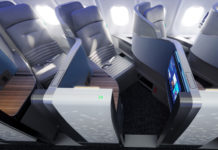