Last week, United Airlines published a 1-day sale in which it was offering MileagePlus Premier members and holders of United co-branded credit cards significant discounts on the cost of award travel between the mainland and Hawaii and while I didn’t have time to write about the deal at the time, what I found when I looked into it left me wondering if the whole thing was a colossal rip-off. I don’t use MileagePlus very often because, frankly, it doesn’t appeal to me so I’m not exactly an expert on how United prices its various awards.

This is important to keep in mind as I discuss what I found when I examined United’s Hawaii promo because I’m struggling to believe that United would publish a rip-off as blatant the one that I thought I saw. A big part of me still wonders if there was something that I missed.

For one day only, MileagePlus Premier members who are also holders of one of United’s co-branded credit cards could book one way Economy Class awards to/from Hawaii for 12,000 miles.

MileagePlus Premier members who do not hold a United Airlines co-branded card could book one way Economy Class awards to/from Hawaii for 15,000 miles.

I don’t hold a United Airlines co-branded credit card, but I’m a Premier Silver member courtesy of my Marriott Bonvoy Titanium status. That meant that on the day of the promotion, I qualified to book the fares costing 15,000 miles each way.

When I got around to reading the email informing me of the sale, I clicked through to the promotion page and quickly made a dummy booking to see what was what.

Before United.com was prepared to show me the cost of my proposed award booking it asked me to log in, but in the tiny amount of time that passed between submitting my search request and the website asking me to log in, I thought that I caught a glimpse of the search results page.

On that page, I was pretty sure that I saw an award flight costing 9,800 miles.

A few seconds later and after United.com had processed my login details, I finally got a longer look at the results of my search and saw that the cheapest award on offer cost 15,000 miles.

As this award cost was in line with what the promotion sad that it was offering, I wouldn’t normally have given this a second thought, but the fact that my brain was telling me that it had seen an award costing less (albeit for no more than a fraction of a second) left me wondering if there was more going on here than I could see.

On a hunch, I set up a dummy MileagePlus account (one that didn’t have a co-branded credit card linked to it and one in which the fictitious traveler didn’t have any status) and repeated the same award search.

This is the first result from that search:

Where I (a Premier Silver member) was being quoted 15,000 miles for a one way award between LA and Honolulu, a new member with no status at all was being quoted a cost that was 5,200 miles less for the exact same flight on exactly the same day.

I could not find any way to make the cheaper fare appear when using my own MileagePlus account, but it was there every time I used the dummy account. … and when I then priced up the same booking using the new dummy account, I was quoted 19,600 miles + taxes/fees. United appeared to be charging me more just for being a Premier member.

As I said earlier, I’m no MileagePlus expert, so I began to wonder if there was a key difference between the “XN” fare that my account was being offered…

… and the “X” fare that was being offered to the dummy account, but it quickly became apparent (thanks to this Nerd Wallet article) that there’s no real difference at all… at least not when it comes to what the fares offer.

This raises the question of why United Airlines felt the need to show me “expanded” award availability on a flight were expanded availability was clearly unnecessary and clearly more expensive than the awards being offered to those without status or a United co-branded credit card.

Why would United set up a promotion in which the cost to those participating could be higher than the cost to those who were not eligible to participate (I’m not suggesting that all dates returned the same results)? Logically, I cannot believe that United would do this, and yet the evidence placed before me suggests that that’s exactly what could happen.

None of this makes sense, so what am I missing? Is this an example of a United rip-off or is my lack of experience with MileagePlus blinding me to something obvious?

Any suggestions as to what was going on will be gratefully received. 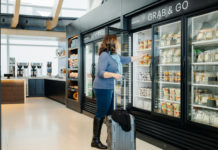