I had only been back home in LA for a few days before it was time to fly out again and make the same journey back across the Atlantic that I seem to do so very often.

On this occasion I was routing via Dallas as I was using up my last American Airlines systemwide upgrade from last year and the only upgrade availability at the time of booking had been on the Dallas – London sector.

I wasn’t prepared to go on the upgrade waitlist for the non-stop flights between LA and  London as, since American changed the way it treats upgrade priority, my upgrade chances have become a lot less certain and I didn’t want my systemwide upgrade to go to waste.

Until the end of the month I will hold top-tier status with both British Airways (Gold) and American Airlines (Executive Platinum) – both of which are equivalent to oneworld Emerald status – and it was shortly after I arrived at the airport for my flight to Dallas that my airline status made life easier for me.

Passengers holding oneworld Emerald status on international itineraries are entitled to use the Flagship Check-in facility at LAX…. ….and, after I’d been checked in by one of the Flagship agents, an American Airlines associate took my passport and boarding passes and escorted me up one level to the TSA PreCheck security line……which was pretty long.

I was through security in under a minute while, at a guess, I’d say that everyone else would have taken between 20 and 30 minutes.

I never, ever expect special treatment….but I enjoy it when I get it 🙂

It didn’t take too long for my airline status to come to my aid once again.

My flight to Dallas was to be operated by an American Airlines 787 Dreamliner and I had chosen this flight very deliberately.

By booking the 787 I made sure that if my upgrade cleared I would have a lie-flat Business Class seat all the way to Dallas and, if my upgrade didn’t clear, I would have a seat in the aircraft’s international Premium Economy cabin (another benefit my airline status gives me when booking an Economy Class seat on a domestic route operated by an internationally configured aircraft). The itinerary I’d booked gave me a 90 minute connection in Dallas (which should have been plenty of time) but, this being American Airlines, things didn’t go to plan.

We boarded on time for a 14:03 departure but around 5 minutes before we were due to push back the Captain announced that there was a maintenance issue “with a valve” which he said “should be resolved pretty quickly”.

30 minutes after we should have pushed back the Captain announced that anyone who wanted to disembark was welcome to do so but that a maintenance team was working on the issue and he’d give us another update in “30 minutes or earlier if there was more news”.

I took this as a bad sign and started to make alternate plans.

T-Mobile service was terrible onboard but I managed to ascertain that I was already booked on the last flight to London out of Dallas and it was looking increasingly likely that I was going to misconnect.

I called up the American Airlines Executive Platinum line and, after a 12 minute wait, got a helpful agent (thankfully!)

At first I asked the agent to protect me on the first Dallas – London flight the next day (I had every intention of booking the Hyatt Regency DFW and using the insurance from my Chase Sapphire Reserve card to overnight in Dallas) but then I realised I wasn’t thinking straight….

Why was I asking the agent to protect me on a flight out of Dallas (for the next day) when I could be asking her to get me on either one of the the AA or BA non-stop flights leaving LAX later in the day?

Somewhat sheepishly I asked the agent to cancel my original request and to see if she could get me on one of the later non-stop flights…..which she did. I had to go to the Flagship lounge to have all the paperwork done (I was re-ticketed) but that took all of 15 minutes and one of the very good lounge agents took care of it for me while I got on with some work.

On this occasion my airline status helped out in a number ways:

I’m not saying that someone without status or with low status wouldn’t have been able to get re-routed if they found themselves in the same situation….but I’m not sure their requests would have ben handled as quickly or as efficiently as mine were.

I was not about to get off my LAX-DFW flight without knowing that an agent had saved me a seat on a non-stop flight to London so, had I been kept on hold for longer and then had to deal with an agent who wasn’t quite so motivated to help, there was a good chance I wouldn’t have had been able to disembark before the doors to my delayed flight were closed.

Eventually I would have arrived in Dallas, probably missed my flight, have had to stay in the Hyatt overnight and would have eventually arrived into London 19 hours late.

As it was, I arrived into London a little over 90 minutes after my original flight was due to land and I am very, very grateful to the two fantastic American Airlines agents that made that possible….and I’m very thankful to my airline status too! British Airways Reduces Elite Status Targets But Misses The Mark (By A Distance!) 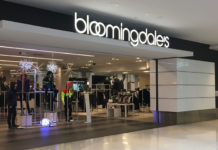 Earn An Easy 1,000 AAdvantage Miles Through The E-Shopping Portal Qatar Airways Is Offering Elite Benefit Extensions To Select Flyers (But Be Quick!)