Home Airline Loyalty I Caved And Participated In The Iberia Promotion Unless you’re not really into miles & points you can’t have failed to notice that Iberia ran a short promotion last week which nearly broke the blogosphere. In short, the airline was offering 9,000 Avios (up to a maximum of 90,000 Avios) for every Iberia flight booked by midnight on Sunday and the rules of the promotion left it wide open for abuse.

While the promotion was still running Iberia confirmed the following:

It shouldn’t take any further comment from me to explain how those rules are a very simple recipe for an Avios feeding frenzy. That’s exactly what ensued and what crashed the Iberia website time and time again. There was one major condition that gave pause for thought – the Avios earned have to be used by 1 December 2018 – but, as you can use the Avios before that date for flights taken in 2019, this wasn’t a major speed-bump.

I felt this offer was too good to be true and I said so on Twitter:

I also chose not to write about the promotion because I felt there were just too may ways this could go wrong (Iberia deciding to renege on its own T&Cs being the primary concern) and, as TFM has a large number of readers who are very new to miles & points, I didn’t want newbies jumping in and getting burned if things went bad.

By Saturday I had crunched the numbers on the promotion quite a few times and I’m sad to say that pure greed got the better of me – I dived in.

As the tweet suggests, I booked 10 one way flights between Santander and Madrid at a little under $28 each. 90,000 of the Avios needed for this trip will come from the Iberia promotion ($277.30) and the remaining 1,500 will be transferred in from my Chase Ultimate Rewards balance. As I value Ultimate Rewards points at around 1.5 cents each that’s an outlay of $22.50.

I’ve been looking for a cheap way to get back to LA and I’m getting tired of my upgrades not clearing and finding myself stuck in Economy Class for 10+ hours so this was a risk I decided was worth taking – hopefully others weighed up the risks in a similar way.

That’s all that Iberia has said that I need in order to be eligible for 90,000 Avios.

If Iberia decides to retrospectively change the rules there’s not much I can do, but I think I’ve done enough to ensure that Iberia can’t say that I didn’t participate in the promotion within the rules that were laid out at the start.

I’m still unsure as to what’s going to happen from here and I’m far from certain that things will be plain sailing….but I went into this with my eyes wide open.

I know full well that there’s a reasonable chance Iberia will try to squirm out of the rather large liability they’re about to find themselves with but I chose to take the risk nonetheless.

This doesn’t mean that I won’t be angry if Iberia pulls something underhand (I will be) but if you’re an experienced miles & points enthusiast there’s really no excuse for claiming you weren’t expecting anything but a positive outcome.

Anyone else take part in this promotion even though you’re not sure how this will pan out? If you did, what made you jump it? 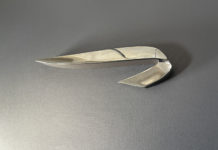