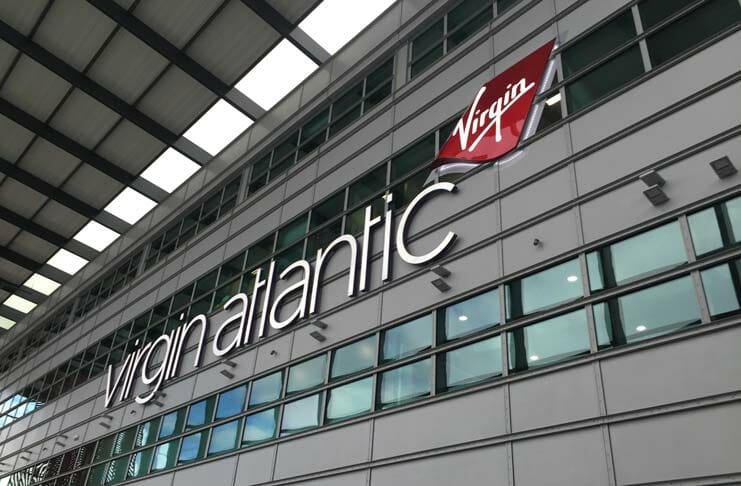 Virgin Atlantic Flying Club is a transfer partner for all three of the major credit card issuers (Amex, Chase and Citi) but, because the airline applies surcharges to its awards, Virgin Atlantic miles get very little love….but you shouldn’t dismiss their usefulness too quickly.

Amex Membership Rewards Points, Chase Ultimate Rewards Points and Citi ThankYou Points all convert over to Virgin Atlantic Flying Club in a ratio of 1:1 so it’s remarkably easy to earn a substantial number of Virgin miles quite easily (if you want to).

The most popular way to redeem Virgin Miles for maximum value is to use them for premium cabin redemptions on ANA (I’ve written about this here) and that’s definitely a fantastic use of miles….but that’s now what I want to write about here.

I’d like to write about a reasonably niche use for Virgin Atlantic miles but it’s a use that you should be aware exists and it’s a use that, as part of a broad miles & points collecting policy, can be very useful indeed.

Virgin Atlantic offers two level of awards depending on the time of year – peak and standard awards.

Here are the currently dates for each award type:

And here are the two award charts… Note that the mileage quoted is for roundtrip travel.

Making The Most Of Virgin’s Award Chart

Different people will probably come up with different uses for the Virgin Atlantic award chart but I’m going to focus on one very specific redemption – One-way Premium Economy transatlantic awards in Standard season.

Let’s get the bad news out of the way first…

When you think of those mileage costs in terms of Amex, Chase or Citi points you’ll probably start to see just how cheap those awards really are.

Delta doesn’t yet offer all that may flights with a true Premium Economy cabin but, on the routes where it does, the cheapest one-way awards I found were for 68,000 miles one-way:

United has only just started to issue Premium Economy awards and, like Delta, it only offers the cabin on a limited number of routes

Based on the fact that the cheapest award I could find was for an incredible 120,000 miles one-way it doesn’t even look like United is offering saver awards yet:

Flying Blue will sell you awards on Air France and compared to Delta and United it offers Premium Economy on a lot more routes….but the awards aren’t cheap.

The cheapest award I found between the West Coast and Europe cost 54,500 miles (and $153 in surcharges) one-way….. ….while the cheapest Flying Blue Premium Economy award I found between the East Coast and Europe cost 45,500 miles (and $153) one-way: Last of all I should mention BA (another airline that loves surcharges) and its off peak one-way Premium Economy awards currently cost 32,500 Avios (and $228.40) from between LA and London….

All of the currencies used by the airlines I’ve mentioned are transfer partners of on or more of the major credit card issuers and all convert over at a 1:1 ratio like Virgin miles so we can make a direct comparison here.

There is, however, the issue of surcharges and it’s the surcharges that make roundtrip awards prohibitively expensive.

A roundtrip standard Premium Economy award between LA and London may only cost 55,000 miles but it also comes with an incredible $715 in surcharges too….

…that’s ridiculous….and you get hammered with the same surcharges if you’re flying from the East Coast too:

But it’s a slightly different story if you’re only booking a one-way award out of the US.

…and the surcharges are the same out of the East Coast but the mileage requirement is lower: The nature of Virgin’s Premium Economy cabin (and the fact that we’re expecting to see an even better cabin in the second half of 2019) means that these can actually be pretty good value redemptions despite the surcharges.

I reviewed the Virgin Atlantic A330 Premium Economy Cabin not too long ago but what you probably really need to know is how it compares to the other options you have if you’re heading to Europe.

Service on Virgin Atlantic is usually very friendly and the flight attendants onboard appear to realise that they’re onboard for passenger safety AND to take care of passengers’ needs to (a concept that eludes so many flight attendants on other airlines)….but I always think that it’s the seat that makes the most difference.

If I’m going to be on an airline for 7 to 11 hours I’d like to have as much personal space as possible and here’s how Virgin’s Premium Economy seats compare to the best seats the competition offers:

Note: I’ve included American and Lufthansa to order a broader comparison but neither is a transfer partner of the major card issuers.

Virgin Atlantic offer at least 2 more inches of seat width than any of its direct competitors and only Air France offers a cabin with more seat pitch (but that’s only on one aircraft type).

Virgin Atlantic offers one of the best Premium Economy products across the Atlantic and I’d choose it over any of the other airlines’ offerings I’ve mentioned above.

It’s easy to dismiss Virgin Atlantic Flying Club miles because of the horrendous surcharges that the airline adds to its awards…but there’s definitely still value to be had.

If you can use miles with one of the other airlines to get yourself back from Europe (preferably an airline that doesn’t add surcharges to awards) then it can make a lot of sense to use Amex/Chase/Citi points to book one-way Virgin Atlantic standard Premium Economy awards between the US and the UK.