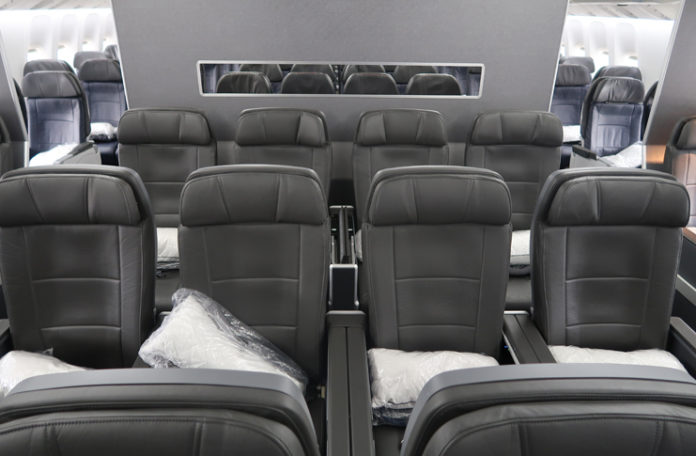 United Airlines may have started the ball rolling by being the first of the major US airlines to eliminate change fees on domestic itineraries, but American Airlines has now taken the ball further by eliminating change fees on more routes than United or Delta and by making some significant improvements to its Basic Economy fares.

Following on from the news from United and Delta, American Airlines has announced that, effective immediately, it is eliminating change fees for First Class, Business Class, Premium Economy, and standard Main Cabin tickets for all domestic and short-haul international routes. This change relates to flights to/from/within the following:

The only booking type to which this change does not apply is a Basic Economy booking.

In addition, this is what American Airlines has had to say about the value of the original ticket:

American will also allow customers to keep the full value of their original tickets if they change their travel plans prior to the scheduled travel. Although customers will have to pay the fare difference for a new flight, customers will not lose their ticket value if the new flight is less expensive. For example, if a customer paid $500 for their flight and change to a flight that costs $300, American will give the customer a $200 voucher to use for a future trip.

The changes to American’s change fee policy apply to cash/revenue and award bookings too.

From 1 October 2020, all travelers will be able to stand by on flights on the same day as their original departure for the same destination at no charge. This new flexibility extends to domestic and international travel, regardless of the ticket purchased so, essentially, this applies to all of American Airlines’ routes and all of American Airlines’ booking classes…including Basic Economy.

From 1 October 2020, all American Airlines customers who have purchased a Basic Economy fare will have a lot more options when it comes to improving their onboard experience. All of the following will now be available for purchase prior to departure:

Furthermore, “later this fall” AAdvantage Elite status holders will receive their full status benefits regardless of the fare they purchase and this will see them able to access the following:

American Airlines may have eliminated change fees for domestic and short-haul international routes, but under non-Covid conditions change fees will still apply. Fortunately, American Airlines has joined United and Delta in extending the change fee waivers on its longer routes to bookings made by 31 December 2020. So:

The elimination of domestic change fees was already good news, but the fact American is also eliminating these fees on flights to/from Canada, Mexico, and the Caribbean is a big bonus for American Airlines customers. It’s even better news that, unlike United Airlines, American isn’t implementing a “use it or lose it policy” with regards to the vouchers it issues when a customer cancels a trip – not having to use the voucher in one go makes any voucher that American Airlines issues considerably more versatile and a voucher issued by United.

Last but not least it’s worth commenting that the changes coming to Basic Economy bookings are a net positive. Yes, some will be disappointed that Basic Economy fares will no longer earn elite status credits, but the ability for elites to now make the most of their benefits on American’s cheapest fares outweighs that loss – I know that I’d much prefer to be able to guarantee myself an exit row on a Basic Economy fare rather than earn an insignificant number of elite status credits – and the ability for non-elites to be able to choose to improve their onboard experience by paying for extras it a good move too…and one that may well make American Airlines quite a bit more money.

American Airlines is eliminating change fees on all domestic and short-haul international routes with immediate effect. From 1 October 2020 same-day standby fees will be eliminated and customers purchasing Basic Economy fares will be able to upgrade their experience by paying for extras like upgrades and seating. Later this fall (no date has been given) all American Airlines elites will be able to make the most of their status regardless of what fare they purchase but as of 1 January 2021, Basic Economy fares will no longer earn elite status credits.