The biggest benefit that the United Club Infinite Card offers is United Club Membership which, depending on your elite status with United, can be worth up to $650 per year.

When a cardholder uses their United Club Infinite Card to purchase food, drinks, or wi-fi onboard a United Airlines operated flight, they will receive a statement credit equal to 25% of the amount paid.

A holder of the United Club Infinite Card receives a statement credit of up to $100 every four years to cover the cost of Global Entry or TSA PreCheck when they use their card to pay for their enrolment into either of those programs.

Where This Card Shines

The 25% back on inflight purchases, the free checked bags, and the Global Entry/TSA PreCheck credit that the United Club Infinite Card offers all just add to the fact that, in the right hands, this is a card that shouldn’t cost anything extra to hold.

Find out how to apply for the United Club Infinite Card 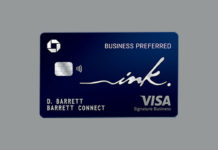 Chase is launching a new round of spending bonuses for select...