It started with a mathematical hint yesterday, was followed up with a far less subtle hint this morning and now Australian Business Traveller is reporting that Singapore Airlines will announce non-stop flights between Singapore and San Francisco as early as this week. I’ll save you all some time and let you know that the answer comes to 24….and no, it doesn’t have anything to do with Jack Bauer as far as I can tell.

All of that suggested that Singapore Airlines was going to do something with its Airbus A350 in 2016 that was originally planned for 2018.

Once again, based on Instagram, it would seem that a lot of people guessed what that announcement was going to be but, if there was any doubt, this hint this morning cleared it all up: The Golden Gate Bridge could only mean one thing – Singapore Airlines was going to announce non-stop service between Singapore and San Francisco using its A350 aircraft.

The problem is that the distance between Singapore and San Francisco is towards the very top end of the A350’s range so how was Singapore Airlines going to manage that?

View From the Wing has reported that Singapore Airlines will launch the new non-stop service on 23 October 2016.

Australian Business Traveller has reported that Airbus has confirmed that the A350 will only have around 170 seats compared to the 253 seats in the A350 announced in November last year.  But this is being contradicted by reports from View From the Wing where it’s being reported that Singapore Airlines have said that the aircraft will have the standard 253 seats that the other Singapore A350’s have.

253 to 170 seats would be a a big crash diet for the aircraft and would help explain how Singapore Airlines expects to manage the range issues it was set to face on a route this long (approx. 8450 miles or 16 hours flying time). But, if the story that the aircraft will have 253 seats is true, I would expect the flight to be severly weight restricted….especially during the winter months.

It will be interesting to see how the cabin on this Singapore Airlines A350 will be configured. Presumably it will be heavily weighted towards the premium cabins.

Singapore Airlines doesn’t have a First Class cabin on its regular A350 so we’re unlikely to see one on the San Francisco route either…but we can probably expect a large Business Class cabin and probably a few Premium Economy seats thrown in too. 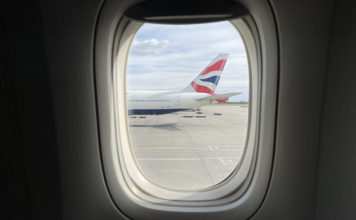 Back again: Buy United Mileage Plus miles at just 1.88 cents each