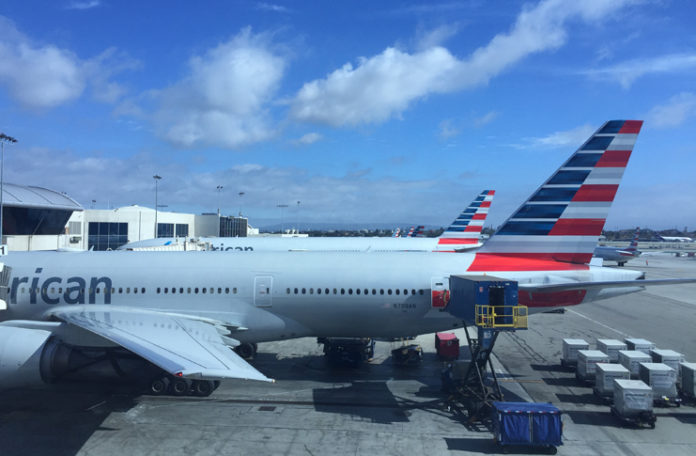 In recent years American Airlines has been increasingly aggressive in its attempt to sell elite status to AAdvantage members who fell short of earning status during the qualification year and, based what I’ve seen, heard and read this time around, this year is no different.

In 2019 neither Joanna nor MJ looked like they had any chance of earning any kind of AAdvantage status because neither of them looked like they were going to come particularly close to earning the 3,000 Elite Qualifying Dollars (EQD) that AAdvantage Gold status requires…

…and neither looked like they were going to come particularly close to earning the 25,000 Elite Qualifying Miles (EQM) that Gold status requires either.

A great Business Class fare at the end of 2019 changed all of that as it pushed Joanna to within approximately 1,000 EQM and just 50 EQD of AAdvantage Gold status.

There was no way that Joanna was going to do a mileage run just to earn the last remaining EQM and EQD needed to earn American’s lowest status tier (too much hassle and too expensive) so she finished the year agonizingly short of AAdvantage Gold…and now American has emailed her with an offer.

Unless you have more AAdvantage miles than you can possibly spend it’s a bad idea to pay 19,500 miles in place of $235 (that’s a return of a little over 1.2 cents/mile) but is AAdvantage Gold status worth $235?

Per American’s email, these are the benefits of AAdvantage Gold:

If Joanna was only going to book flights through American Airlines this whole question of whether or not AAdvantage Gold status was worth $235 would be an obvious non-issue.

As I value AAdvantage miles at a paltry 1.25 cents each Joanna would have to spend $9,400 (pre-tax spending!) to earn enough extra AAdvantage miles to recoup the $235 that buying Gold status would cost…and that’s not going to happen anytime soon!

If Joanna’s bookings were to be made through oneworld airlines other than American, she would earn miles based on the distance flown and the 40% bonus that Gold status would get her would also be based on miles flown…and that makes things a little more interesting.

Joanna will almost certainly be booking two (highly discounted) transatlantic Business Class fares this year (both for LAX-LHR-LAX) and if these were to be booked with a oneworld airline other than American she would earn 100% base miles (21,822 miles) and a further 40% bonus miles (~8,729 miles) if she had Gold status.

Note: Joanna’s other trips will either be on non-oneworld airlines or will be award bookings.

At $126 AAdvantage Gold status is tempting because, if for some reason Joanna was to travel without me this year (not something that’s currently planned but it’s not outside the realms of possibility), benefits like a free checked bag, complimentary preferred seating, the possibility of snagging a Main Cabin Extra seat 24-hrs before check-in, and free seat selection on British Airways 7-days before departure, all become useful…and have definite value.

I could even make the argument that I can bring the cost of Gold status down even further by paying for the staus with my Amex Platinum Card which would earn me 1,175 Membership rewards points (the card earns 5 points/dollar for spending with airlines) which I value at ~$17.60 (based on 1.5 cents/point).

Right now I don’t think that we’re going to pull the trigger on this offer but the decision on whether or not to pay $235 for AAdvantage Gold status (in Joanna’s position) is a closer call than I thought it would be.

I think we need to be careful of persuading ourselves that buying Gold staus would make sense when, based on what we know and expect at this point in time, the math shows that buying staus would see us $126 out of pocket.

If, however, the offer is still on the table and circumstances change I’ll be revisiting the math and reassessing the value on offer.

What do you think? Have I judged this right or have I missed something? (That’s always a possibility!)