InterContinental Ambassador is a hotel status/membership that travelers pay for and that sits alongside the standard status that IHG Rewards offers. Its benefits are almost entirely ignored by most IHG properties but they kick in nicely at InterContinental hotels so it’s a status that a lot of people like to have.

My InterContinental Ambassador membership was set to expire next month so I’ve been wondering if IHG would be offering an extension and, if an extension was forthcoming, what it would look like. With no announcement of any kind coming from IHG I emailed the hotelier to see if I could find out what may be in works and, although I have yet to receive a reply, I got my answer when I checked my account this morning.

Without any heads-up or announcement, my InterContinental Ambassador status has been extended by three months to August 2020 and this is now reflected on my digital membership card, my online account, and the IHG mobile app but, at the time of writing, my Ambassador complimentary weekend night still shows a May expiration date.

I’m not sure if this is an oversight, if an extension is on its way or if no extension is being offered but it would be strange for IHG to extend Ambassador memberships but not the expiration dates of the complimentary night that comes with that membership.

While chains like Hyatt, Hilton, Radisson, and even Marriott are communicating with their customers and letting them know what they’re doing, IHG is (apparently) not communicating at all.

While Hyatt, Hilton, Radisson, and Marriott have all extended their elite statuses into 2022, IHG has only lowered its targets for IHG Rewards status (for 2020) and is only extending IC Ambassador statuses by 3 months.

By not communicating, the hotelier is just making more work for itself (because it will keep on being inundated with emails, tweets, and phone calls from customers wanting to know what’s going on) and by offering up short-term stop-gap measures to things like elite status and future bookings IHG is again creating more work for itself because it will have to revisit these decisions over and over again. What’s the point of that?

While I’m genuinely grateful that my Ambassador membership had been extended, I’m not really sure how useful the 3-month extension is going to be. Most airlines don’t appear to think that travel will begin to start picking up again until the last quarter of this year (if then) so a status that expires in August probably won’t be much more use than a status that expires in May…but I guess the extension shows that IHG is at least keeping Ambassador members in mind. 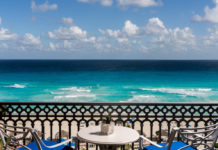