What the HGP representative told me was that, while this would still be the case for DSUs expiring in February 2016, there is a changed planned that will see all future DSUs expire fully in February each year – guests will not be able to apply them to stays occurring after the expiry date.

Now, not only am I new to Hyatt Gold Passport but I also don’t have any contacts at Hyatt with whom I can check this kind of info, so I tweeted Gary at View From The Wing to see if he could look into this. Gary is well connected in the loyalty program world so I knew that, at the very least, he’d be able to get a response from someone at Hyatt. And to his credit that exactly what he did get.

A Hyatt rep told him: While the quote Gary managed to elicit was to the point, the Hyatt Gold Passport representative on FlyerTalk gave a less than definitive response:

At this time, there are no changes to the Diamond Suite Upgrade policy. We are always evaluating the Hyatt Gold Passport program and benefits, and any changes would be communicated to members well in advance.

Hmmm..that doesn’t exactly deny that the change is being considered. All it seems to say is that HGP members would be given a good amount of notice if any changes were to be made – and that’s the same thing that the HGP rep told me on the phone.

Added to this it turns out that I’m not the only person to have been told about this change. FlyerTalk user christine said “I heard about this change well before the twitter match” and Mary e posted a comment on Gary’s blog saying:

I spoke to customer service via the diamond line at Hyatt last week and was told the exact same, that Diamond suite upgrades would expire and not be allowed to be used after February 2017.

I think that it’s worth remembering that the DSUs to which this change would apply will not be issued for almost 3 months, so that’s more than enough time for Hyatt to give its Gold Passport members a good amount of advance warning should this change be coming. They could announce this at the end of January and still be able to claim that sufficient advance warning was given.

Let’s also not forget that loyalty programs can be economical with the truth when it suits them and, if Hyatt isn’t ready for this to become public knowledge, I wouldn’t put it past them to deny something that they already know is coming.

If you think I’m being overly cynical let’s not forget how American Airlines behaved just a few short months ago.

Back in September someone accidentally posted revised earnings charts on a number of American Airlines’ foreign language websites. The new charts indicated that the number of AAdvantage miles earned for flights booked with British Airways would be slashed. A few of us blogged about this at the  time and American came out with the following statement:

This was a mistake. If it hasn’t been fixed on the sites already, the team is working to fix it shortly. Thank you for pointing this out to us!

The revised earnings charts disappeared from the websites but I remained sceptical (Did American Airlines Really Make A Mistake?) and I pointed out that American didn’t actually deny that the change was coming – they just admitted a mistake had been made.

Sure enough, just over a month later, American Airlines republished the very same earnings charts only this time they were here to stay – no one was claiming they were a “mistake” any more (American Airlines Appears To Have Misled Us – Milage Earning on British Airways Slashed).

Granted, in the case we have now, Hyatt has flat-out denied the change is coming (to Gary) which American never did, but I can’t help but feel there’s a similarity between the stories.

While it may seem a little unfair to taint Hyatt and American Airlines with the same brush it’s worth remembering that these loyalty programs aren’t here for our benefit (no matter what they tell you). They’re in place to make the companies that run them more money. When it comes to choosing between doing something in their own interest and something in the interest of the consumer they’re almost always going to go with the former – and that really shouldn’t surprise you.

They may be denying that changes are coming to Gary but, the non-denial on FlyerTalk and the fact that others have been told the same story as me, have left me thinking that we haven’t heard the end of this. Let’s I hope I’m wrong. 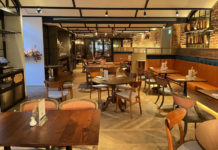 Hyatt brings back its 3x on dining offer 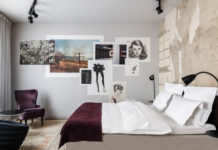