Flying Blue (the loyalty program for Air France/KLM) has gone live with its “Special Edition” Promo Awards today and there are a number of incredibly good deals on offer for travelers willing to book in the next few days and fly before the end of March 2020.

The full terms and conditions can be found at the end of this post as well as on the promotion page.

If you don’t already have a healthy Flying Blue balance and like one of the awards you see below you can either convert points from one of the major transferrable currencies into Flying Blue miles or you can buy miles in the current Flying Blue sale.

American Express Membership Rewards Points, Chase Ultimate Rewards points and Citi ThankYou points all convert over to Flying Blue at a ratio of 1:1 so if you’re short of miles in your Flying Blue account this may be a very good time to send some points across.

The Promo Awards you’ll see below are for travel between the cities mentioned and all European cities served by Air France and KLM.

Roundtrip awards are double the cost of one-way awards. …while a Business Class fare to/from Toronto will attract over $400 in additional fees: If you were to buy miles in the current sale at approximately 1.73 cents each and then use them to book a Business Class award to/from Seattle, you would end up paying approximately $1,810 for roundtrip travel.

The surcharges may be high but that’s still a pretty solid deal for a West Coast – Europe Business Class deal.

The Toronto Business Class deal is cheaper (it’s a shorter journey) and comes to approximately $1,573 for roundtrip travel…and that’s an excellent deal. 56,000 miles + $365.44 isn’t a bad deal for a Premium Economy fare to/from the West Coast if you already have a stash of Flying Blue miles (or can transfer over some points) but it’s not a great deal if you’re planning to buy miles.

If you were to buy miles in the sale to book this award, roundtrip travel would cost approximately $1,334 after all costs are accounted for and it’s not that hard to find cash fares that cost less than this.

Once again it’s important to keep an eye on the taxes and surcharges that will be added to these awards as we’re living in an age of cheap air travel where cash fares can be incredibly low. …but with non-stop cash fares on the same route often available for under $350 in Basic Economy and under $450 in regular Economy Class you should be thinking twice before using miles on one of these awards.

With Economy Class fares out of Los Angeles being more expensive and with the mileage requirement and surcharges not all that much higher (6,000 more miles and ~$30 more in surcharges), Economy Class awards from the West Coast are likely to offer a better deal.

The Business Class awards are probably the ones to focus on here as whether or not you already have the miles you need or if you have to buy them the deals all look very good indeed.

If you already have a healthy stash of Flying Blue Miles or if you have a transferrable currency from which you can generate Flying Blue Miles there may well be some good deals to be had amongst the Premium Economy and Economy Class awards, but pay attention to the surcharges that will be added – they can quickly turn a very good deal into a bad one. 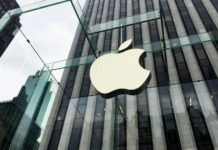