American Express wasn’t the only bank to issue a new mid-tier Marriott Bonvoy credit card yesterday. Chase joined in the fun too. Sadly for anyone who has been looking forward to seeing what Chase’s mid-tier Bonvoy card will offer (the card has been rumored for some weeks), it looks like the new card is as big a disappointment as the Marriott Bonvoy Bevy™ American Express® Card…and I didn’t think that could be possible.

Note: The welcome offer is not open to all applicants. Please see the specific terms reproduced at the end of this article.

At this point, I should probably admit that this has been a very simple article to write so far because for the most part, I’ve been able to copy and paste the details of the Marriott Bonvoy Bevy™ American Express® Card into the section above because it and the Marriott Bonvoy Bountiful™ credit card are almost identical. They are, therefore, almost equally useless.

I love Chase and the credit cards that it issues. In fact, I love my Chase credit cards so much that if Chase was a person I’d hug them at every opportunity. This credit card, however, is a big fat dud and I have no idea what possessed Chase to launch it in this guise.

To a degree, American Express has an excuse for launching a sub-standard version of a mid-tier Bonvoy card because its only other consumer Bonvoy card is the $650/year Marriott Bonvoy Brilliant® American Express® Card (rates & fees) and it can, therefore, argue that by issuing the Bonvoy Bevy card (wow that’s a stupid name), it’s giving its customers who want an Amex card and want to earn Bonvoy points a cheaper alternative.

Chase has no such excuse.

Chase already issues the Marriott Bonvoy Boundless® credit card (review) and in exchange for an annual fee of just $95, it offers this:

This makes me wonder why Chase thinks that anyone would pay an extra $155/year for the Marriott Bonvoy Bountiful™ credit card?

#Considering how many great credit cards there are that offer considerably better returns for spending made at grocery stores, at gas stations, and on dining, you would have to be genuinely desperate to earn as many Bonvoy points as you possibly can to use these Bonvoy cards when spending in these categories.

Still, having said all of that, you could make an argument to say that Chase’s Marriott Bonvoy Bountiful™ credit card is slightly less woeful than the Marriott Bonvoy Bevy™ American Express® Card.

Of course, in favor of the American Express card is the fact that it will give cardholders access to Amex Offers which, on the whole, are usually more useful/lucrative than the offers that Chase likes to publish, but I still think that overall, the Chase card probably edges it.

I really don’t see who the Marriott Bonvoy Bountiful™ credit card is aimed at and while I’m sure that someone somewhere will make an argument in its favor and claim that its existence can be justified, I think it’s a horribly inadequate addition to the Chase credit card line up. The Ritz-Carlton™ credit card just got better (I didn’t see this... I don’t really like the World of Hyatt Business credit card... 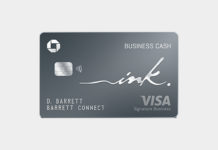